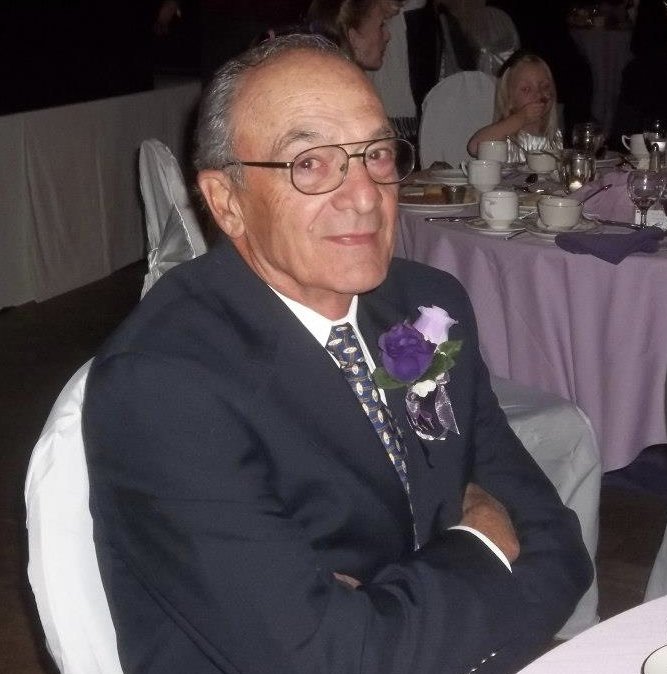 Rochester - Bart passed away peacefully on September 22, 2019 at the age of 87 with his family by his side at Highland Hospital.

Bart retired from General Electric Medical Systems after a long and distinguished career in Sales. He was a veteran of the United States Coast Guard, serving during the Korean War off the coast of Japan on the Coast Guard Cutter Wachusett. After leaving the service, he returned to his hometown of Rochester, NY where he met his wife of 53 years, Nancy Capron.

Bart was very civic-minded and for years served in varying capacities with the Rotary Club, Lions Club and Knights of Columbus in the communities he resided in.

Bart was a generous man who loved spending time with his large family. He was a jack of all trades (master of none), often helping out his kids and others with house projects he felt were best done by ‘do-it-yourselfers’ like him, rather than professionals.

If they were winning, the New York Mets were Bart’s favorite sports team and he enjoyed watching their games on TV. He was an avid golfer and loved playing golf with his buddies at Clifton Springs Golf Club, using his sense of humor to psych out his opponents and every once in a while hitting a shot good enough to win a hole and a couple of bucks.

In retirement, he became a talented woodworker and his furnishings fill his kids’ and grandkids’ houses. He also traveled and would visit or vacation with his family when he could, enjoying family fishing trips and golf outings, late-night poker games and the occasional cigar.

At family gatherings, you could always find Bart playing on the floor with his grandkids. He loved playing cards and teaching card games to them, sometimes even letting them win. He was the best “Pa” and they were his greatest joy.

The family would like to thank the staff of Highland Hospital Emergency Department and Floor 7 East for their care and compassion during these difficult last few days.

Calling hours will be held Friday, September 27th at Fuller Funeral Home, 190 Buffalo St, Canandaigua from 4-7pm. A funeral mass will be held on Saturday at 1:00 at St. Dominic's Church, 97 W. Main St. in Shortsville.

In lieu of flowers, donations may be made to the Alzheimer's Association in Bart's memory or the Leukemia Society in memory of his son Christopher.

To share a memory or express condolences please visit www.fullerfh.com

Share Your Memory of
Bart
Upload Your Memory View All Memories
Be the first to upload a memory!
Share A Memory
Send Flowers