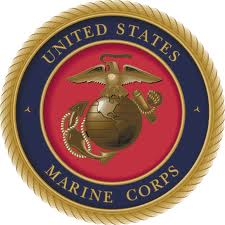 Donald L. Doell Canandaigua- Donald Doell, 86, passed away February 7, 2020. Don was born in Rochester, NY April 10, 1933. He is survived by wife Janet (Pierce) Doell having been married 52 years, two sisters Janice Kujawa, Marilyn McElwee, and predeceased by his brother David Doell. Also survived by son Ronald Doell and granddaugher Ryanne (Doell) Sak and many nieces and nephews. Don graduated in 1953 at Canandaigua Academy. After working on the family farm for several years, Don decided to go in a different direction with his life by joining the United States Marine Corp. Don achieved the rank of corporal and attained a much desired position of U.S. Embassy Guard and actually had the opportunity and privilege of guarding a U.S. sitting president. Don had to leave the corp when his father died suddenly. So he returned home and helped his mother run and eventually sell the family farm. Don then worked as a grocery salesman where he eventually got a position with Hormel where he worked for the remainder of his career. Once retired, He and wife Janet would spend winters in Florida enjoying the warmth and playing golf together. Don, along with his wife Janet, were lifelong members of the First United Methodist Church. Don spent his twilight years living by the philosophy of "busy hands are happy hands" and you would certainly find him mowing the lawn, filling the bird feeder or preening the flower beds. Funeral services will be held Friday, February 14, at 11:00am at the First United Methodist Church, 100 N. Main St. Canandaigua with a celebration of life luncheon to follow. To share a memory express condolences online please visit www.fullerfh.com
Friday
14
February

Share Your Memory of
Donald
Upload Your Memory View All Memories
Be the first to upload a memory!
Share A Memory
Plant a Tree