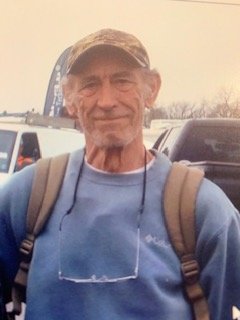 Thomas Edward Walsh, long time resident of Canandaigua, passed away peacefully on October 27, 2020 at his home at the age of 77 from Cancer. He is predeceased by his parents Thomas P. and Eleanor D. Walsh, Brothers James W. Walsh, and John J. Walsh. Tom is survived by his longtime Companion Elizabeth A. Voeltz, his children Tammy Zonneville (Norman), Stacey Beaton (Robert Staie), Thomas Voeltz (Kimberly Robinson), Laurie Voeltz and Steven Voeltz (Tammy). His Brother’s and Sister’s Patrick Walsh (Roz), Edward Walsh (Kathy), Peg M. Outhouse (Eric), Mary VanEpps (Peter), Nancy Allen (Malcolm), Elizabeth Rider (Paul), Karen Lamouria (Michael), and Cheryl Squire (Jack). Grandchildren Kyle Beaton, Brittany Zonneville (Derek Howe), Jacob Beaton, Malcolm Miller, Lauryn Champion (Jordan) and Karen Hann (Justin). And 3 Great Grandchildren. Tom was a devoted Companion and Father who loved Hunting, Fishing and Auto Mechanics. He loved working with his hands and was very proud that he built his own house with help from his Brothers, including helping to build his Son’s Tommy’s house too. In his younger years he raced Drag Cars then moved onto building racing cars for his Brother Patrick, son Tommy and helped other friends along the way. Tom was also the unofficial Mayor of the Canandaigua Pier. If he wasn’t at home that is where you could find him. He will be deeply missed by his friends, family and all that knew him. Friends may call Sunday, November 8, from 2-4pm and 6-8pm at Fuller Funeral Home, Inc. 190 Buffalo St. Canandaigua. An 11am memorial service will be held Monday, November 9, at the funeral home. Interment will be in Woodlawn Cemetery.
Sunday
8
November