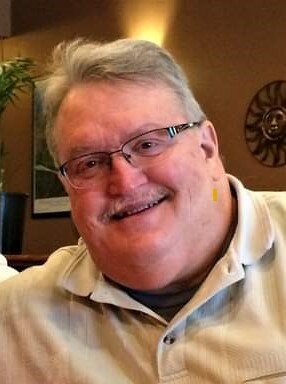 Send Flowers
Print
The Brown Family
and 2 others have purchased flowers for the family of Alan Andersen . Send Flowers
Guaranteed hand delivery by a local florist
Loading...
P
Pamela Boss posted a condolence
The Bilton families send our thoughts and prayers to Dicks families. We shared many laughs and jokes with Dick and Cathy. He was a super card player and always would show an “L” for loser and a “W” for winner. RIP
Please wait
Share Comment
T
Tribute Store

The Brown Family
purchased the Celestial Love for the family of Alan Andersen . Send Flowers
Please wait
P
Pam Everest Priestly posted a condolence
I met Dick when I was 19 and moved into an apartment with Cathy Bator and Patty at the newish Camelot Complex. Here we met Dick, who lived in the same complex. Cathy and Dick were soon inseparable and became soulmates for life. I moved to Australia in December, 1974, but our close friendship has continued to grow despite the distance. Dick and I shared the same warped sense of humour, often based on sarcasm or word play. It was almost a secret language between us! In recent years he always sent me funny quotes, quips and pictures that brought me so much joy, and sarcastic comments featured in comments on many items I posted. All my family and friends in the USA and in Australia know him because I always spoke about him and frequently shared his “words of wisdom”. The world is now a lesser place without Dick as part of it. However, his presence will always be a part of those who know and love him. My heart and soul will be with Cathy, Jamie, Jeff and families on Friday and forever. He was simply the best and I adored him.
Please wait
Share Comment
K
Kim and Andy Demay purchased flowers

Share Your Memory of
Alan
Upload Your Memory View All Memories
Be the first to upload a memory!
Share A Memory
Send Flowers