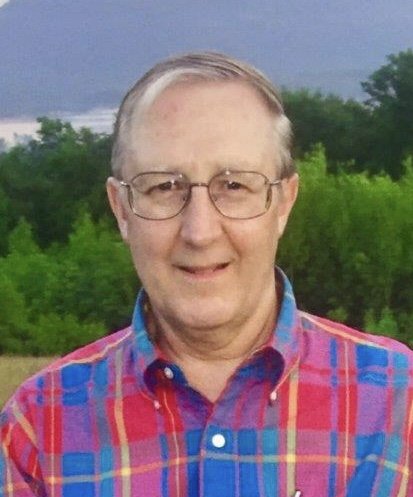 Clinton Carl Atkins completed his earthly journey and entered into glory on August 28, 2019 after fighting a valiant battle with pancreatic cancer.  Clint is survived by his wife, Lucy; his sons Chris (Sharon) of Canandaigua and Jon (Robin) of Ft Wayne, IN; grandchildren, Rachel, Bethany, Tim, Jonny, Phoebe, Oren Rei, Talwyn, and Althea; sisters-in-law Kathleen Atkins of Elkton, FL, Jackie English (Dick) of Middlebury VT, and Amy Ogden of Canandaigua. He is predeceased by his brother Tom and their parents.

Born to James Clinton and Wilhelmina Atkins of Canajoharie on April 15, 1942, he was the youngest of two boys. As a young man, Clint earned the rank of Eagle scout, making an intricate, detailed wooden church altar replica. He attended the University of Rochester to study Math where he met his wife through singing groups. They were both presidents, prompting the director to dub them, “Mr. and Mrs. Glee Club.” After marrying Lucy and moving to Long Island, Clint enjoyed a long career teaching math to junior high students and retired in 2008 after 43 years at Finley Jr. High school in Huntington, NY. During his teaching tenure he completed his Master's degree in education from the State University of Albany, wrote two academic math puzzle books, coached “Mathletes” and loved to celebrate Pi day (March 14th), continuing this tradition with family in retirement.

Clint was an active church member for most of his adult life at Central Presbyterian in Huntington, Smithtown Gospel Tabernacle in Smithtown, and most recently at Crosswinds Wesleyan Church in Canandaigua. He served as a leader in Christian Service Brigade when his boys were young, teaching them many of the lessons he learned as an Eagle scout combined with his deeply held faith.

Moving to the Canandaigua community in 2009, Clint and Lucy became members of Finger Lakes Chorale and the local Tea Party chapter. They enjoyed being closer to family (especially their grandchildren) and sharing their love of singing and music with them. Clint also spent many happy hours tending to his lovely home garden.

25 years ago, Clint survived a massive heart attack and beat incredible odds to make a miraculous recovery. After that experience, he saw each day as a gift from God and desired to show his love for God through tangible service to people. His friends and family can testify to the many ways he lavished God’s love on them, often by making beautiful tasty confections.

In the last week before Clint’s death, he and his bride celebrated their 54th wedding anniversary.  We are so very grateful that God allowed him to share this day with Lucy before calling him home. We chose to look at Clint’s passing as the next step in his eternal life, where he can finally see his Savior face to face. While we miss him, those who share Clint’s faith can take comfort in knowing that we shall see him again.

A memorial service will be celebrated on September 7, 2019 at 10 am at Crosswinds Wesleyan Church, 3360 Middle Cheshire Rd, Canandaigua.  Memorial gifts in Clint’s honor can be made to Sands Cancer Center in Canandaigua.

Share Your Memory of
Clinton
Upload Your Memory View All Memories
Be the first to upload a memory!
Share A Memory
Send Flowers