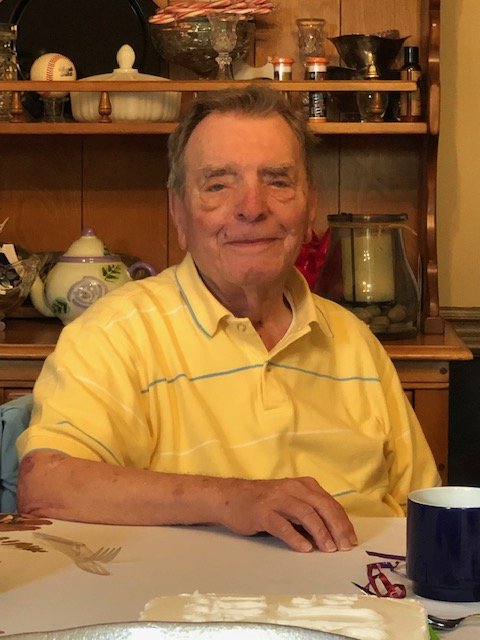 Obituary of Harlan B. Munn Jr.

Harlan Burr “Bink” Munn, Jr. 91, of Canandaigua, New York passed on December 29, 2019. Known as Coach Munn, he was born in Nunda, NY about August 30,1928. He was predeceased by his father Harlan Burr Munn, Sr, his mother Florence Henry Sidelinger Munn, his brothers John Munn and Arthur “Bud” Sidelinger, his sisters Kathlyn “Kate” Sidelinger (Ray) Munson and Ellen Munn (William) Sawyer. He is survived by his loving and devoted wife of 62 years, Linda (Knights), his daughter Kelly Munn (Robert) Bly of PA; his 2 sons Timothy (Nancy Gwilt) Munn of NY and Harlan, III “Rusty” (Betsy Walton) Munn of SC; his grandchildren Jennifer Bly (Michael Helbling) of PA, Christopher Bly of CA, Kelsey Munn of NY, David Munn of CO, and Daniel Munn of NY; his 2 great grandsons Kyle and Liam Helbling of PA; his sister Betty Jane Munn (deceased Lt. Col Richard) Bustin of TX and several nieces and nephews. He graduated from Dansville High School, at 16 yrs of age, in 1945. He was a WWII US Army veteran, that made the rank of Sergeant, with the 2nd Infantry, by the age of 18. Prior to the Army, he apprenticed as a type setter at F.A. Owen Publishing (Dansville, NY) and attended Genesee Jr College (Lima, NY), where he played basketball. He also worked on the railroad and at Stony Brook State Park. In 1954, he graduated from S.U.N.Y. Geneseo and took numerous graduate classes at several other universities, including a 1969 summer government stipend at the University of Maryland (College Park). From 1953 - 1985 he taught science and math at Canandaigua, Naples, Honeoye and Victor Central Schools. He coached Varsity Basketball at Honeoye and Victor, winning the Sectional Championships Titles of 1957 and 1970 respectively, as well as over 400 victories during his coaching years. He also enjoyed many years playing tennis until he reached 90 Out of respect for the family, it will be a private ceremony. In lieu of flowers, donations can be sent to Ontario Humane Society, 2976 Co Rd 48, Canandaigua, NY 14424 or Ontario-Yates Hospice Services, 756 Pre Emption Road, Geneva, NY 14456

Share Your Memory of
Harlan
Upload Your Memory View All Memories
Be the first to upload a memory!
Share A Memory
Send Flowers