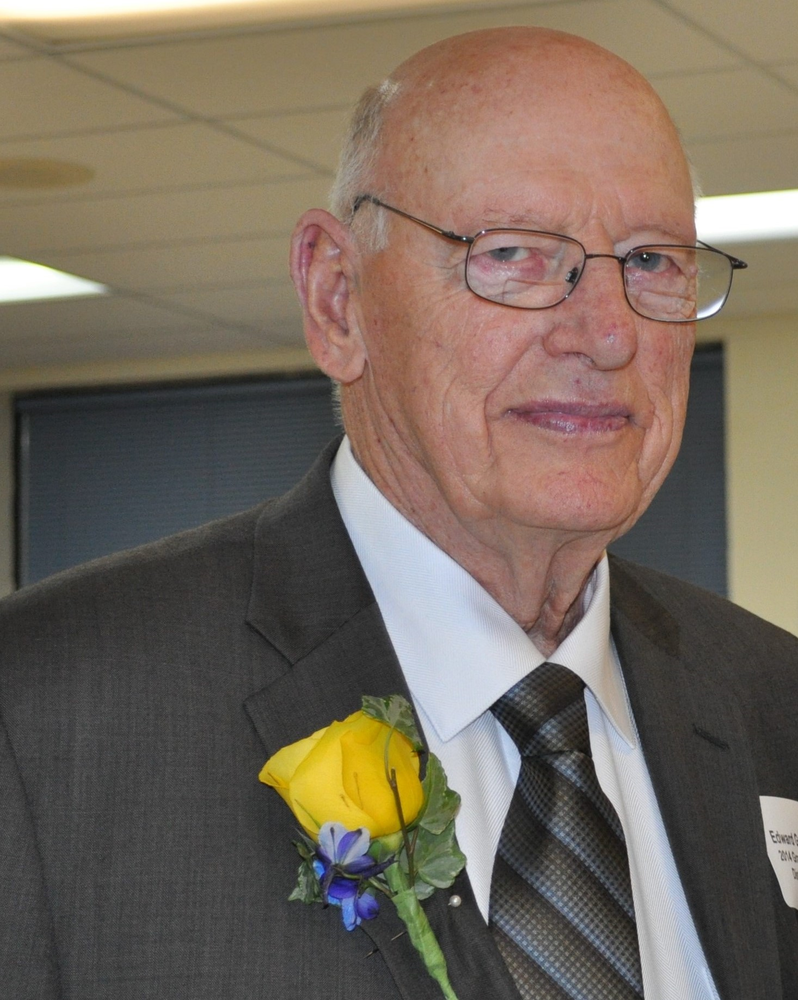 Edward M. Guinan Victor- Edward M. Guinan passed away May 7th, 2020 at age 90. He was predeceased by his loving wife Jean of 65 years, parents J Leo and Edith, and siblings James, Jean, Marie, Robert, and Margaret. He is survived by his children James (Kit), Michael (Dianne), Diane (Lavon), Gregory (Sara), Jeffrey (Mary), Jack; 8 grandchildren (Kateri, Shalan, Michael, Matt, Elizabeth, Laura, Nikki, Jason); and 7 great grandchildren, nieces and nephews, cousins, and friends. Ed Guinan was a humble man who avoided the limelight and sought to serve and promote his community and all around him. He began his career operating the family's Blue Bell Island Farm with his father. It was his devotion, sacrifice, and love for Victor and all its residents that compelled him, a quiet man, into a life of public service, which began in 1957 when he was elected as Supervisor of the Town of Victor at the young age of 28 years old. He served as supervisor for 12 years before going on to serve as US Postmaster in Victor, 2 terms as Ontario County Sheriff, NYS Ombudsman, and retiring as Regional Director of the NYS Racing and Wagering Board. He will leave a lasting impression of all that was most important to him. Among his proudest accomplishments were serving the Board of Supervisors that voted in favor of the creation of Finger Lakes Community College; playing an instrumental role in bringing Eastview Mall over the county line to the edge of Victor while preserving the small town ambience; initiating the efforts to collaborate with Farmington leaders to establish the Victor- Farmington Volunteer Ambulance Corp; establishing an interagency communication system for instant contact with all county and state police agencies, fire departments, and ambulance corps; and treating his employees with fairness and respect, Many have expressed appreciation simply for being "given a shot" in the workforce. He will be remembered as a loving and devoted husband, father, and grandfather who lead by example. He was a true gentleman with great integrity who was loved and respected by all who knew him. Due to COVID 19 restrictions, a private family burial is planned. A funeral mass and reception to celebrate his life is planned for a later date. In lieu of flowers, donations may be sent to Victor-Farmington Ambulance Corp (1321 E Victor Rd, Victor, NY 14564) or NYS Sheriff's Institute Summer Camp for Children (9825 E Bluff Dr, Penn Yan, NY 14527). To share a memory or express condolences online please visit www.fullerfh.com
Services for Edward Guinan
There are no events scheduled. You can still show your support by planting a tree in memory of Edward Guinan.
Visit the Tribute Store

Share Your Memory of
Edward
Upload Your Memory View All Memories
Be the first to upload a memory!
Share A Memory
Plant a Tree