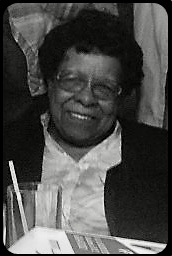 Obituary of Margaret A. Hardy

Margaret A. Hardy passed away peacefully on Saturday, April 24, 2021. She was 94 years old, born on December 20, 1926 in Geneva, New York to George and Thelma Hardy. While living in Geneva, Margaret was employed by the Chanticleer Motor Lodge in Geneva. She worked for many years at the Motor Lodge where she held the positions of Housekeeper and Head Housekeeper. Margaret eventually moved to Canandaigua, New York. In 1977 she was hired by the Sheraton- Canandaigua Inn as a Housekeeper. After receiving recognition and awards for performance excellence and her outstanding service, Margaret was quickly assigned to the position of Assistant Housekeeper. Ultimately, she was promoted and became the Housekeeping Assistant Manager at the Sheraton, the position she held before her retirement in 1990. Margaret resided for the last 30 years at 80 Parrish Street Apartments. She enjoyed getting out and about to visit with family and friends and her neighbors at 80 Parrish Street. She was a wonderful, gentle person who always had a smile to share with the people she met. Margaret was incapable of saying an unkind word about anyone. She possessed a wonderful sense of humor and therefore made friends easily. Margaret was always willing to help others without hesitation. Although she was not in the best of health in her later years, she would make it a point to check in on her neighbors and offer her assistance when someone needed help. Margaret was also an avid football fan. She had an unfailing loyalty to the Buffalo Bills. During football season she would often have conversations with family and friends and compare the skills of an opposing team’s quarterback to the skills of the Bill’s quarterback. Margaret did not have children of her own. However, she remained a presence in the lives of her nieces and nephews whom she loved. When family reunions and get-togethers were no longer possible, Margaret would stay in contact with her family through phone calls, always remembering birthdays and other times of celebration. Margaret is survived by her nieces and a nephew: Priscilla (Julian) Smith of Rochester, NY, Rachel Gillespie of Evanston, IL, Gail Wilborn of Blaine, WA, Karen Hardy McCutchen of Bowie, MD, Lynne Adele Lomax-Coleman of District Heights, MD, Valerie Jeanne Horne of Fort Washington, MD, Brenda Gail Kidd of Clinton, MD, Melanie Kay Hardy-Murphy of Temple Hills, MD, Jacqueline Post of Tampa, FL and Charles Adelbert Hardy of Silver Spring, MD. She is also survived by several great-nieces and great-nephews. She is predeceased by her parents George and Thelma Hardy and nine siblings: Mary Gillespie, Leona James, William Hardy, George Hardy, Charles Hardy, Robert Hardy, June Williams, Donald Hardy and Trudy Spencer. Margaret is also predeceased by two nephews and a great-nephew: Lawrence S. Post, Charles G. Hardy and Michael S. Wilborn, respectively. Margaret will be dearly missed by her loving family and all who knew her. She will be laid to rest near her mother at Sand Hill Cemetery in a private ceremony.

Share Your Memory of
Margaret
Upload Your Memory View All Memories
Be the first to upload a memory!
Share A Memory
Plant a Tree