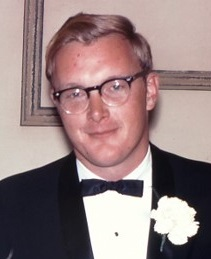 Thomas Edward McFadden Born February 24, 1945 Died February 15, 2022 Thomas Edward McFadden, 76, of East Bloomfield, NY died in the comfort of home on February 15, 2022. Tom was born and raised on Long Island New York; he was the youngest of five children. Tom always had a love of the outdoors and sports. He was a diehard Brooklyn Dodgers fan growing up, baseball was his favorite sport. Tom followed in his big brother's footsteps by joining the military after high school. He was a supply clerk, serving overseas in Korea and Okinawa. After his military service Tom came home and fell in love with a girl, Wendy Albin, from Jamesport, NY. The couple were married in Long Island on February 8, 1969. After marriage, they moved to upstate New York to be closer to family. Tom and Wendy raised four children together. Tom coached several little league baseball teams over the years. Tom was a consummate family man, a loving father and husband. Tom always loved playing sports with the family and spearheading large family reunions in the summers. Many weekends were spent playing ice hockey across the street, football, whiffle ball, driveway hockey, softball, and volleyball. Tom would always try to devise ways to make the games fun for all skill levels and ages so that everyone could compete. Tom loved his family dearly and will be greatly missed by us all. Tom is survived by his three children Stephen (Tonya), Duffy, and Jeffrey (April): four grandchildren Walter (Alissa) Rose, Lily, Andrew, and Allison McFadden: and great grandson Lorenzo Rose Tom was predeceased by his daughter Virginia Lee Rose and his wife of 52 years Wendy Lee McFadden. You could say that Tom died of a broken heart, surviving just over a month after Wendy's death. It is our hope and belief that they are together again, as it should be. Per Tom's wishes there will be no funeral service or calling hours. There will be a small family graveside service at Woodlawn Cemetery in Canandaigua, New York, on February 25, 2022, at 11 AM. In lieu of flowers or donations please hug your loved ones a little more often and tell them how much they mean to you. To share a memory or express condolences online please visit www.fullerfh.com
Friday
25
February