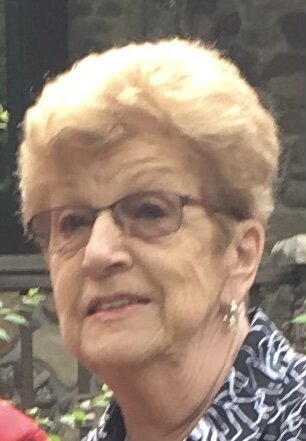 Canandaigua - Jane Elizabeth Fuller, 83, passed away on Saturday, April 16, 2022 at home surrounded by her loved ones. Born in Canandaigua, NY she was the daughter of the late Albert and Ethel (Oberdorf) Fuller. In addition to her parents Jane is predeceased by her sister Charlene Hall; brothers, Al Fuller, Dave Fuller and Ray Fuller; her sister-in-law and best friend Ann Fuller; brothers-in-law, Frank Combest and Rand Fox; and her nephew Tim Fox. Survivors include her sisters; Beverly Fox and Katie Combest; and brother-in-law Lewis B Hall. Her nieces; Lori Fuller (Michael Erb), Susan Combest Hogan, Debbie Combest (Paul Miriani), Kirsten Hall, Shaunna Fuller, Rachelle Corum (Jesse); nephews, John Fuller (Martha), David Combest, Randy Fox, Tom Fox (Dar), William Fox, Lewis Hall (Julie), Jeff Hall (Renee), Michael Fuller and Craig Fuller. Jane was like a grandmother to some of her great nieces and nephews; Ryan and Rachel Hogan, Brooke Miriani, Angela Rossolo, David and MJ (Caitlin) Erb, Delainey Piano, Violet and Cecelia Corum. Also Mary Lee Streb who was like a sister to Jane, and many dear friends. Jane attended St Mary's School and Canandaigua Academy and worked for Rochester Telephone (Frontier) for 40 years. She spent her retirement years enjoying time with family and friends, traveling, going to casinos, and playing her favorite game of bingo. Jane will be remembered as a force of nature, solid, strong and generous. With her vibrant personality and sense of humor, she would captivate all she encountered, bringing them to tears of laughter from jokes or story telling. To say Jane will be greatly missed is an understatement. An incredible friend, sister, aunt and surrogate grandmother, her passing has created a huge hole in our hearts and lives. The world feels flatter, less colorful, less spirited since she left but her stories and memories will forever brighten our days. And when we feel sad we will find joy knowing that she is riding off in a convertible with JFK Jr. In accordance with Jane's wishes no formal services will be held. Private burial at the convenience of the family in Woodlawn Cemetery, Canandaigua.

Share Your Memory of
Jane
Upload Your Memory View All Memories
Be the first to upload a memory!
Share A Memory
Plant a Tree