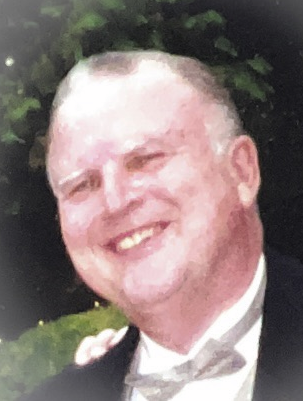 Alexander Joseph Bodnar, Jr. (October 8, 1939 – April 22, 2022) was born in Cleveland Ohio to Alexander Joseph, Sr. (A. J.) and Margaret (Kuhn) Bodnar. The family moved to Rochester, New York for A.J.'s hardware sales position but returned to Cleveland during World War II to be near family. After the War the family returned to the Rochester area and purchased their home on Ronald Drive in Greece, New York. Alex and his brother, Frank, grew up there and attended Britton Road School and Charlotte High School. Alex received his Baccalaureate and Masters degrees from the University of Buffalo. In September 1963 Alex started teaching at Johnson City High School near Binghamton, New York. There he made many friends and met the love of his life, Cecilie (Cece) Kramer. The two were married in June of 1964. After their wedding Alex started work at Sears and Roebuck in Binghamton, New York. Sears moved the family to Kingston, New York where Alex later worked at Huctrol Corporation. In January 1969 Alex, Cece, and their two daughters moved to Greece, New York where Alex took a position teaching in the Greece School District. Alex taught 7th and 8th grade at Britton Road School, the same school he attended as a child. He later taught at Greece Athena Junior and Senior High School. He taught in Greece for 25 years. Alex made the most of his summers! He enjoyed several summers working in sales and marketing for the Roundtowner Motor Inn. He traveled between Rochester and Albany visiting businesses and meeting new people. He also worked for Citibank in customer service. He made time to visit the Kramer cottage on Oquaga Lake. He also spent time adding to and enjoying a small cottage he and Cece purchased on Honeoye Lake. At retirement Alex and Cece moved to Canandaigua, New York. Alex started a "retirement job" at Widmere Winery conducting tours and wine tastings. At Widmere he had the opportunity to retell the same jokes to new people with each tour. He loved the laughs every time! Alex and Cece both enjoyed Canandaigua Lake and the small town atmosphere of the area. In 1998 Alex and Cece traveled to Europe for a tour of Austria, Switzerland, and Germany. They later traveled to Vancouver, British Columbia and then drove down the West Coast of the United States to visit Cece's cousins in the Pacific Northwest. They concluded their trip in San Francisco, California. Later they would travel with local tour companies to Quebec, Ontario and other regional locations. Alex and Cece wintered in Florida for several years, first in Port Charlotte and then in Englewood. They enjoyed the warmth of the weather and friends, both old and new. Alex was known for his wit and his "one-liners." He had the ability to make people laugh and feel important. His phrases such as: "Keep moving. Moving targets are harder to hit," "Be brief, be blunt, be gone," and "Everyone's a comedian," will be remembered by all who knew him. Some call it an arrow. Some call it a spear. The world is a better place, Dad, because you were here! Alex was predeceased by his wife Cecilie, his brother Frank, and his parents. He is survived by his daughters Ellen (Anthony) Pochmara, Elise Bodnar (Frank DeFilippo), and his grandchildren Alan Pochmara, Callie Pochmara, and Caitlin DeFilippo. Alex will also be remembered fondly by his brother and sisters in-laws, his many nieces and nephews, and his many life-long friends. No services are planned at this time. Alex requested that all who knew him share a kind word and a smile with others on his behalf. To share a memory or express condolences online please visit www.fullerfh.com

Share Your Memory of
Alexander
Upload Your Memory View All Memories
Be the first to upload a memory!
Share A Memory
Plant a Tree