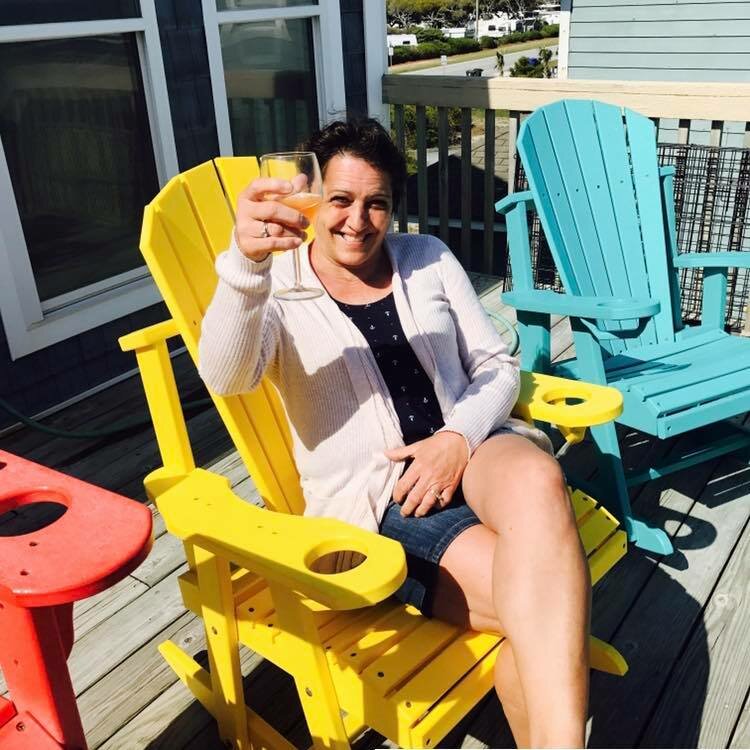 Kimberly Marie Clement Penner unexpectedly was taken home to God far too soon on Thursday, May 5th, 2022. Kim was born in Canandaigua, NY on March 1, 1956 to loving parents, Peter “Poppy” and Beulah “Boots” Clement and raised along with her siblings, Linda, Ronald, Tom, Dutch and Tim. Growing up they didn’t always have monetary abundance, but the love, support, hard work ethic, and the value of family and friends was instilled, and not only learned from Pete and Boots, but shared with passion. Kim graduated from Canandaigua Academy in 1974. Shortly after, she started her own family and was blessed by two daughters. Kim didn’t care too much for traveling, but with encouragement from her younger daughter, Julie, to be more adventurous, she did take several trips to North Topsail Beach, NC, NYC, and most recently Washington DC. Her older daughter, Jennifer, has lived in Massachusetts for 24 years so she was also forced to cross state lines, but it quickly became a trip she looked forward to and took several times a year. Her most treasured gifts were her granddaughters who she referred to as her M & M’s, Madison and Maci. She was so very proud of them and loved them fiercely. Kim retired at the end of February from the Canandaigua City School District after 27 years. Her time to garden, plant flowers, and host family pool parties was here and she was so excited! Summer was her favorite time and she truly relished watching everyone having a good time at her house. During the winter months, you would most likely drive by Kim’s house and see the array of Christmas decorations and lights; it was her passion. Kim truly had a heart of gold and anyone she crossed paths with knew that immediately upon meeting her. Kim was predeceased by her parents, Peter and Beulah, and her brother, Ronald Clement. She is survived by her daughters, Jennifer Donais (Sean Kelly) of Southampton, Massachusetts, Julie (Trevor) Barrett of East Rochester, NY and stepdaughter Morgan Penner of Fresno, California; Granddaughters Madison Donais of Southampton, Massachusetts and Maci Barrett of East Rochester, NY; her very close siblings, Linda LeClaire, Tom Clement, and Dutch Clement all of Canandaigua, NY, and Tim Clement of Rochester, NY; Nieces Gina (Chris) Brown of Farmington, NY, Chanteal Clement of Rochester, NY; Nephews Brad Clement (Kathy Phelps) of Canandaigua, NY, Scott (Noraleen) LeClaire of Glastonbury, CT; Great Nieces Kammy and Tennaly LeClaire of Glastonbury, CT, Lauren Clement of Canandaigua, NY; Great Nephews Jameson Clement of Canandaigua, NY, Spencer LeClaire of Glastonbury, CT and Cayden Gerringer of Rochester NY; former spouse James Ratthe of Canandaigua, NY; several cousins and many special friends, life-long best friend, Tammy Brown Moore of Canandaigua, NY. And lastly, her devoted husband and best friend, Dwayne Penner. He was with Kim until the very end and would not leave her side. Everyone who Kim met became an instant friend to her. She could stand in line talking to a Wal-Mart cashier for 10 minutes while entertaining the other shoppers she was holding up. Her sense of humor made her the life of any party and her smile could light up a room. She had a zest for life and her family was the most important thing to her. As Kim deeply believed in an afterlife, going forward she would want you to smile at the sight of a nearby butterfly, and know that this will be her way of saying hello. There will be a private service for the immediate family followed by a celebration of life on May 28 at the Elks Club starting at 2pm. She would love nothing more than to see family and friends being together to celebrate her beautiful life. To share a memory or express condolences online please visit www.fullerfh.com
Saturday
28
May

Share Your Memory of
Kimberly
Upload Your Memory View All Memories
Be the first to upload a memory!
Share A Memory
Send Flowers
Plant a Tree