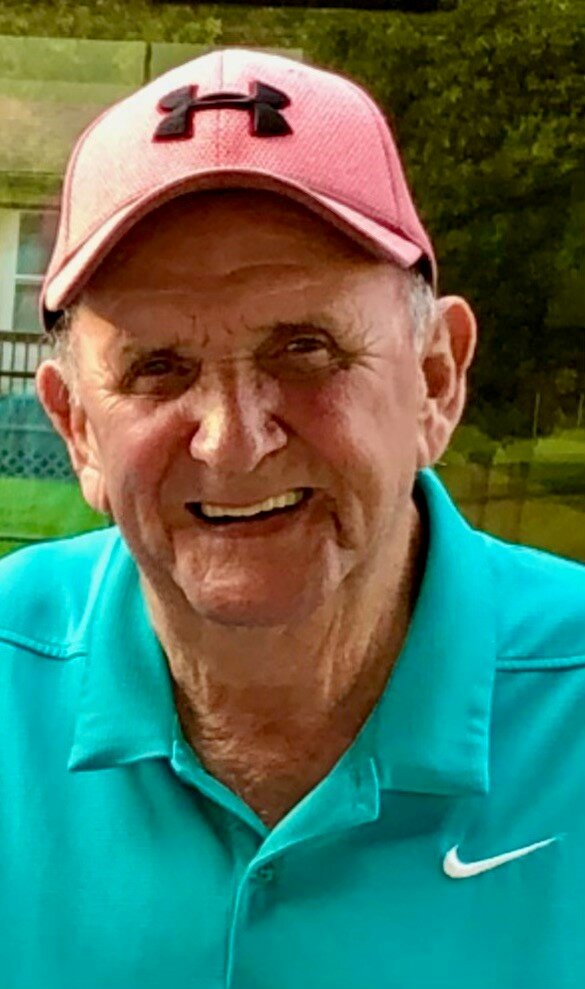 Ronald "Half Pint" Smith, 84, passed away peacefully at FFTH on Sunday, October 30th surrounded by his family. He was a graduate of St. Mary's School, 1952 and Canandaigua Academy in 1956. He was voted best male athlete and most popular in his graduating class. Ron will be remembered for being very active in Canandaigua athletics. He coached St. Mary's CYO Boys Basketball, Wiltse League Baseball, Roseland Riders Semi-Pro Men's Basketball, Brewers Men's Fast-Pitch Baseball. For many years Ron was very involved in the Elks Pass, Punt and Kick and Hoop Shoot programs. Ron was the first inductee for the Canandaigua Academy Athletic Hall of Fame. He was on the committee to form the Frank A. Baker Junior Football League and became the Commissioner for many years. He also served as Commissioner for the Men's Slo-Pitch League. Besides being involved in organizing and leading sports programs he was also an athlete himself. He ran cross-country and played basketball at CA. He was a major player on the 1955 Varsity Basketball team, winning Sectionals. For many years he was an avid slo-pitch player, bowler and golfer. He was a member of Canandaigua Country Club and later Centerpointe where he was employed as a ranger right up to the end. Over the years Ron was employed at the VA, Trim Dry Cleaners, Canandaigua Express and Keeney Construction, the Colonial Inn, Rocky's Café, the Office Restaurant and Centerpointe. Ron was born on December 27, 1937, in Geneva to William and Helen (Kelly) Smith. He was predeceased by his parents, his aunts Margaret and Christine Smith, sister Eileen (Bob) Carson, brother Bob (Jackie). He is survived by his wife of sixty-two years, Judy (Senglaub), sons David (Bridget), Michael (Michelle) and Kelly (Scott), grandchildren Stephen (Kacie), Ashley, Meri (Lido), Cullen (Danielle), Colby (Frank) Genecco, great grandchildren Kylie Claudio, Parker and Torren Smith, Frankie and soon to be Joey Genecco and many nieces and nephews. Although not a member of the family, Ronnie always considered Frank Baker as his friend and mentor. Friends may call Thursday, November 3, from 4-7 PM at Fuller Funeral Home, Inc. 190 Buffalo St. Canandaigua. An 11 AM funeral service will be held Friday, November 4, at the funeral home. Burial will be in Woodlawn Cemetery. Following the interment, you are invited to celebrate his life at Centerpointe CC on Brickyard Road. Contributions in Ron's memory may be made to St. Vincent DePaul Society, 120 North Main Street, Canandaigua, Box 17. To share a memory or express condolences online please visit www.fullerfh.com
Thursday
3
November

Share Your Memory of
Ronald
Upload Your Memory View All Memories
Be the first to upload a memory!
Share A Memory
Send Flowers
Plant a Tree