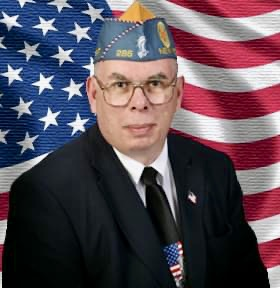 Thomas E. Kurk entered into eternal rest at home at the age of 66 on January 7, 2023. Thomas was born on January 19, 1956, in Geneva, NY to the late Chester and Onnalee Kurk. He attended Geneva High School graduating in 1974, then went on to attend CCFL to study Criminal Justice. Tom had a few jobs in his younger years, but it was while he was employed at Tops Friendly Markets in Geneva that he met the love of his life, the late Nancy Kurk. They married on July 19, 1980. Together, Tom and Nancy enjoyed hunting, fishing, horseback riding and running their small country store "Kurk's Kountry Kupboard" in Middlesex, NY. They both were devoted to the American Legion Family holding positions within the Sons of The American Legion and The American Legion Auxiliary. Past Detachment Commander, Thomas was eligible for the Sons of the American Legion through his father, Chester Kurk who was a US Army tank driver in WWll. Thomas was a member of Canandaigua Squadron 256. Tom served in many capacities within the Sons of The American Legion over the years from Squadron Commander to 7th District Commander to Detachment Vice Commander for Districts 7 and 8. He served as the Commander of the Detachment of New York in 2005-2006 and later as National Executive Committeeman. Tom was VA & R Chairman for the Detachment of New York for many years and also served as Vice Chairman of the National VA & R Commission of the Sons of The American Legion. Thomas was an avid Buffalo Bills fan, hardly ever missing a televised game and making sure he let everyone know the play by play on Facebook. Thomas was predeceased by his loving wife, Nancy; his parents, Chester and Onnalee Kurk; and sister, Sharon Rose Kurk. He is survived by his stepdaughters, Kimberly (Timothy) Rouland and Paula (Peter) Paul; his grandchildren, Kaleb DeVoll, Jacob (Sharon) DeVoll, Rachel Rouland, Abby Rouland, Niam Paul and Noah Paul. A 1 PM memorial service is scheduled for Saturday, January 14, at Fuller Funeral Home, Inc. 190 Buffalo Street Canandaigua. A reception will immediately follow at American Legion Post 256, 454 North Main Street Canandaigua, NY hosted by The Sons of The American Legion. To share a memory or express condolences online please visit www.fullerfh.com
Saturday
14
January