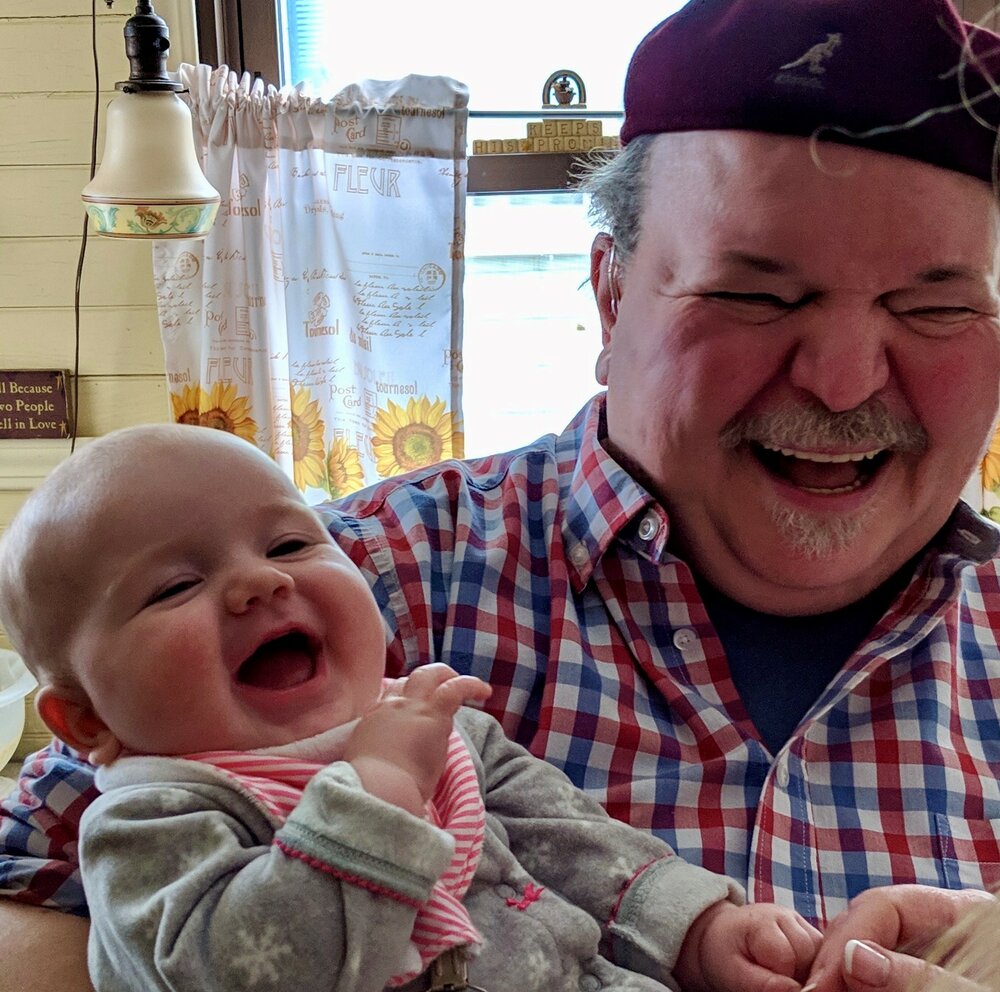 Jeffrey Mark Marinelli Jeff Marinelli kicked the bucket on January 20, 2023 at Strong Memorial Hospital. He was 65 years old. Jeff was the only child of the late Joan (Riebennacht) and Joseph Marinelli. He was also predeceased by his sons, Michael Israel Marinelli and Noah Isaiah Marinelli. Jeff is survived by his beloved wife of 42 years, Suzanne; adored daughter, Rachael (Nicholas) Tachco; and cherished granddaughters, Corrina Tachco and Grace Marinelli. Remembering Jeff with love and cherished memories are his brothers- and sisters-in-law, Paul (Cathy) DeMay, Christine (Tate) Colburn, Jennifer (Scott) Notebaert, Patrick (Laurie) De May and Jamie (Tracy) DeMay, all of Shortsville, and Mary Jo Corsaro of Geneva; mother-in-law, Alice DeMay of Manchester; aunt, Audrey Drake of Brantingham Lake, NY; nine nieces and nephews; two great-nephews; cousins; and precious friends the wide world over. Jeff was a well-known and respected graphic designer, illustrator and artist. He loved painting watercolors and giving them as gifts. He was awarded the New York State Entrepreneur of the Year for a Person with Disabilities in 1993 and won an Addy in 1999. His talents will be very missed. Jeff enjoyed his time and involvement with the Boy Scouts of America. He started volunteering with his sons in Tiger Cubs and continued with them on their Scout journey. He became a leader at a troop which accepted all who wanted to join. As a communicator, Jeff started an online forum called The Minions back when the internet was still a baby. This diverse group of people shared opinions and recipes, and helped numerous families at Christmas. Jeff's love of posting and connecting with people continued throughout the rest of his life. Music was Jeff's true love. He was a self-taught guitar and banjo player. He was a teacher at the House of Guitars in his younger years. Jeff's great musical love was Doc Watson who he was able to enjoy in concert many times. Jeff was a proud member of the Kappa Sigma Epsilon fraternity where he was often referred to as a legend. His love for his brothers was deep and lasting. At the request of his wife, Suzanne, Jeff created Noah's Blessing Box to honor their son, Noah, who had passed away. This simple, humble box has provided for many, many folks in the area through the generous support and donations from our amazing community. Jeff came to writing to tell about his sons addiction journey. It was to help others dealing with the same issue. He was a gifted writer and storyteller and was enjoyed by many from all over. There is still one story to come that Suzanne will finish for him. Jeff's compassion was all encompassing. He never met anyone who was not a friend. Jeff loved to laugh and was happiest when he was with his family. Friends may call on Thursday, January 26, from 12 to 2 p.m. at Fuller Funeral Home, Inc., 190 Buffalo St., Canandaigua. A memorial service will immediately follow the calling hours. "And I'd like to leave quite a few friends behind and I hope I will. Other than that, I don't want nobody putting me on a pedestal when I leave here. I'm just one of the people … just me." ~ Doc Watson To share a memory or express condolences online, please visit www.fullerfh.com.
Thursday
26
January

Share Your Memory of
Jeffrey
Upload Your Memory View All Memories
Be the first to upload a memory!
Share A Memory
Plant a Tree