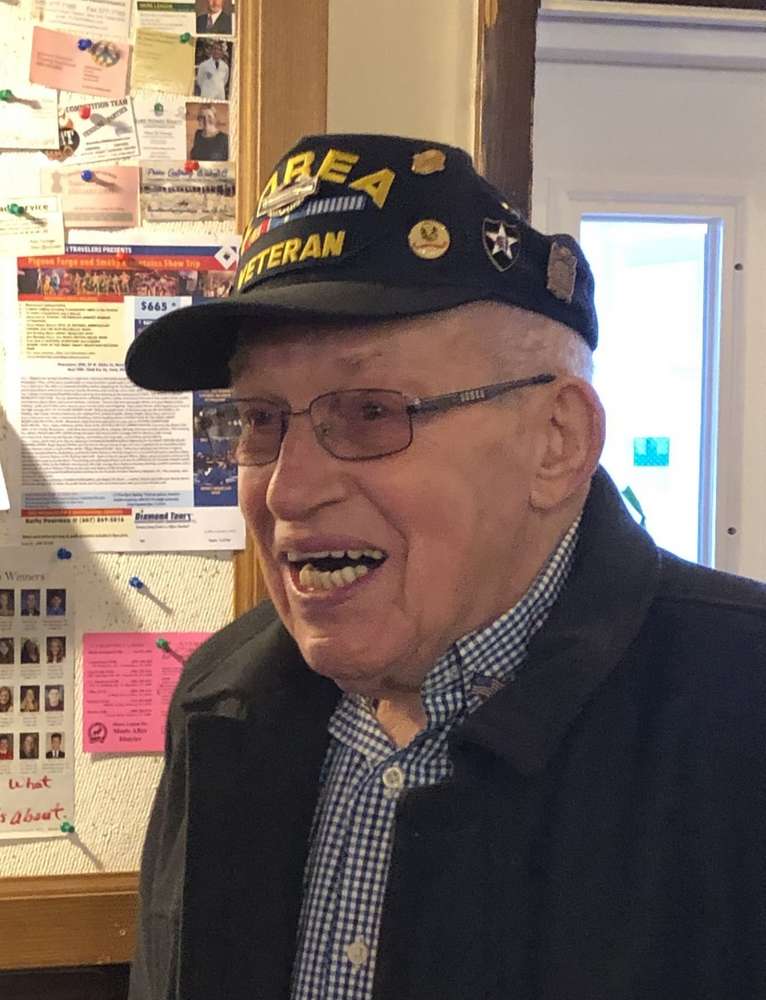 Obituary of Ralph A. Calabrese

Canandaigua- Ralph Anthony Calabrese, 93, passed away December 5, 2021, at the VA Medical Center in Canandaigua. Ralph was born in Geneva, NY to Dominick and Michellina. He married Carmella Bruno, together they had three sons. Ralph enlisted in the U.S. Army and served two years in the Korean War receiving a number of decorations, including the Bronze Star, Korean Service Medal and the Combat Infantry Badge. Cpl. Calabrese remained deeply committed to veterans and community. He fought hard to keep the Canandaigua VA Medical Center open when the DVA recommended closing it in the 1990's. His effort kept the VA opened and to this day it is improving care for his fellow veterans. He was an active member of St. Mary's Church, served as Commander of the Ontario County American Legion and established a Veterans Advisory Committee. In 2003 he was awarded the New York State Liberty Award and a Korean War Anniversary Medallion by then senator Hillary Clinton. In 2006 he was awarded a V.F.W. Award, Post 6433 and a Paul Harris Fellow Award from the Canandaigua Rotary. Ralph was awarded the Korean War Service Award by the South Korean President. In 2011, he was named Mr. Canandaigua and was inducted into the New York State Senate Veteran's Hall of Fame in 2012. Ralph was awarded The Ambassador of Peace Medal and Proclamation in 2014. A flag was flown over the U.S. Capital and was awarded to him along with a proclamation by the U.S. House of Representatives on August 20, 2016. Ralph worked construction for the majority of his life. He enjoyed cheering for the Canandaigua Braves football team for many years and was known for his loud battle cry, "YOOO go Big Red". The Canandaigua City School District awarded Ralph with a high school diploma for all of his support of the schools and the students that loved him. Ralph is survived by his sister, Antoinette Edgar; son, Dominic and daughter-in-law, Sandi; his grandchildren, Dominic (Heather) Calabrese, Shannon (Richard) Deys, Shane (Charlene) Casey; great grandchildren, Dominic, Geno Morgan, Jacob, Meghan, Makayla, and Ella; and his loving dog, Roxy; many nieces, nephews, great nieces and nephews; and sister-in-law, Mrs. James (Pauline) Calabrese. Ralph is predeceased by his wife, Carmella (Bruno) Calabrese; parents, Dominick and Michellina Calabrese; sons, Ralph and Joseph; brothers, Joseph (Jenny) Calabrese, Michael (Gina) Calabrese, James Calabrese; sister, Eunice (Jack) Phoenix and brother-in-law, Thomas Edgar. Gratitude to the staff at the Canandaigua VA, for all the care they provided not only over the years, but especially these past five months. Ralph was a formidable personality with the heart of a lion. "To thine own self be true" was his mantra and he lived by it to the end. He would never back down from a difficult situation, and he never started anything that he didn't finish. He loved his family with all his heart and was loved by all of them. Friends may call Sunday, December 12, from 2-7 PM at Fuller Funeral Home, Inc. 190 Buffalo St. Canandaigua. An 11:30 funeral Mass will be held Monday, December 13, at St. Mary's Church, 95 N. Main St. Canandaigua. Burial will be in Calvary Cemetery. To share a memory or express condolences online please visit www.fullerfh.com
Sunday
12
December

Share Your Memory of
Ralph
Upload Your Memory View All Memories
Be the first to upload a memory!
Share A Memory
Send Flowers
Plant a Tree