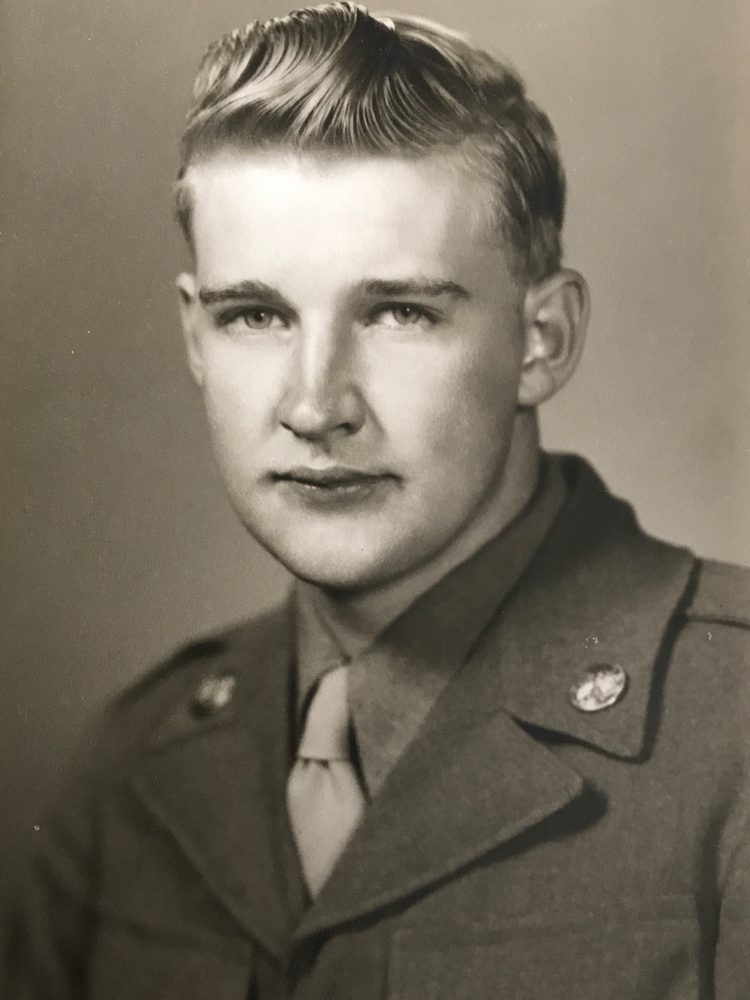 Bernard R. Dell Clifton Springs- Bernard Dell, 94, died January 8, 2022 at Strong Memorial Hospital due to complications following a fall. Bernie was the son of Aaron W. and Mary Proctor Dell and enjoyed country living his entire life. Bernie proudly served in the US Army attaining the rank of Sergeant during the Korean War. After being honorably discharged in 1947, he married Joan Louise Overacre in 1951. They raised two sons on a small farm while raising Quarter Horses and later, champion Rottweilers under the Hallmark prefix. Bernie retired from BR Dewitt Concrete where he was the dependable dispatcher for 32 years. Bernie could always be found mowing the lawn on his John Deere mower or driving around in his pickup truck with his buddy Steve Gibbs to make an extra dollar hawking antiques. He was a member of the Free and Accepted Masons, Lodge #200 in Phelps. He was a diehard New York Yankees and SU Basketball fan. After the Buffalo Bills let Flutie go, he always hoped they would lose. Bernie is survived by his son Gregg and daughter in law Elizabeth (Tibbie) with whom he made his home; much beloved granddaughter, Dr. Jenna L. Dell, of Rochester (and whom he was most proud!); sister, Patricia (William) Smith, of Clifton Springs, along with nieces and nephews. He was predeceased by his son, Chris in 1980; wife, Joan in 1983, both his parents, brother, Aaron Jr. (Red); and sister, Dorothy (Dort) Hessney. There will be no services as per his request. Arrangements are under the care of Fuller Funeral Home, Inc. To share a memory or express condolences online please visit www.fullerfh.com

Share Your Memory of
Bernard
Upload Your Memory View All Memories
Be the first to upload a memory!
Share A Memory
Plant a Tree